Living Through a Disaster 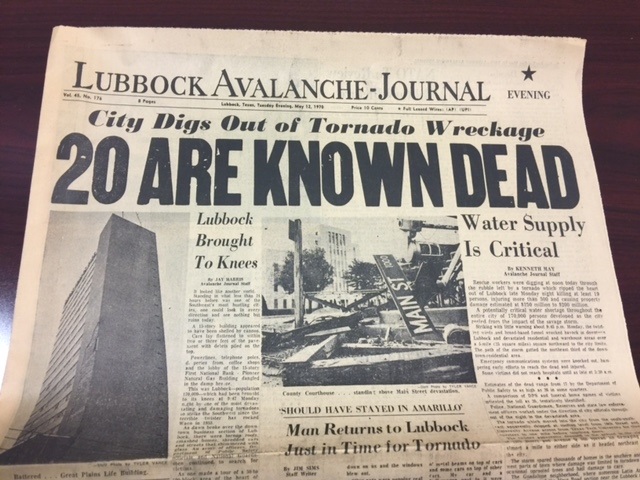 There is a difference between just talking about disasters and living through one.

On May 11, 1970, Lubbock Texas was struck by a large tornado. This tornado ravaged the downtown area and caused many deaths.

At that time, our agency's address was 811 Ave M. and that was considered to be "ground zero" of the destruction. Only one wall remained of our agency, it was a total loss. Our CEO, Johnny Shropshire spent that night sitting on the rubble of agency to protect it from further damage and looters. He said the overwhelming smell of gas that the popping of electrical conduits continued for hours in the dark night.

The storm was extremely powerful. My grandfather had left a rather large insurance policy on his desk that evening. Four months later, a farmer in Floydada Texas (approximately 60 miles away) found it in his cotton field and mailed it back to us.

Our agency felt the impact of that night both as a business and a community member. We saw a community come together, help each other and rebuild.

We know what it like to almost lose everything but we also know what it is like to build it back. We also learned how to be prepared for the next one.

That experience etched in stone the purpose of our company and that is to protect families and businesses from the financial peril of a disaster.